The store will not work correctly in the case when cookies are disabled.

Elegance and quality in numbers

200 different stages. From pre-treatment of the fabric to ensure that the cloth doesn’t become misshapen and always has an impeccable fit to the actual construction phase, not to mention the 20 times it is pressed.

450 Lardini employees (1,400 in total counting all workers) place their practised hands and invaluable experience at the service of Lardini creations every day.

20,000 square metres of cutting-edge machinery designed to optimise the sartorial operations while respecting the environment and the rolling hills in the surrounding Marches region.

Every single day 2,000 garments leave the eco-friendly factory nestling in the enchanting countryside of Filottrano to reach all four corners of the globe via a constantly growing distribution chain, which so far includes 700 multi-brand boutiques throughout the world and retail spaces in the most exclusive department stores.

Travelling around the world

The journey of Lardini's garments through Europe, Japan, Korea, Russia, China, Australia and the USA started in the centre of Milan in 2014 when our showroom opened in the imposing building in Via Manzoni in the high-class fashion district of the city. An area of 800 sq. metres used to showcase the menswear collection was extended by another 300 sq. metres in 2016 to make room for the new womenswear project.

2016 was a landmark year when Lardini went global, landing in the East with its first Asian single-brand store in Seoul. A mission that was accomplished thanks to an agreement with its partner Shinsegae who worked alongside the Italian fashion brand to reinforce its foothold nationwide. Indeed, the stores of Busan and Daegu followed rapidly in the wake of the Seoul boutique. On the strength of this international partnership, Lardini has now set up as many as eight retail outlets across Korea.

2017 was a pivotal year on two accounts - the first single-brand store in Via del Gesù in Milan opened to the public in January and our flagship store in Tokyo was also inaugurated in the month of April. In September the company made a move to win over the Iberian market first through El Corte Inglès, and subsequently via a series of exclusive retail spaces in Madrid, Palma de Mallorca, Barcelona and Lisbon.

Wanderlust continued to drive the company and in 2019 Lardini creations landed on Australian soil with two shops-in-shops at the luxury Harrolds department stores which stock menswear collections in Sydney and Melbourne.
In 2019 a new website was launched for online sales and this opened the way to previously-unexplored markets.

The Antwerp boutique in Belgium opened its doors in 2020, showcasing not only menswear but also clothing and accessories for women.

In April 2021 Lardini came to China with a space at the Shopping Mall of Hangzhou Tower, one of the most important shopping arcades in the area. Then, in September the Marunouchi boutique and the retail corner at the Hankyu department store in Tokyo spearheaded a retail development plan that envisages brand growth in Japan as well. This was the year of Russia too with various store openings in Moscow, including a retail space within the Department store of Bosco di Ciliegi - Vesna, a shop-in-shop at Crocus Mall and the upcoming inauguration of another shop in shop at Petrovsky Passage.

The expansion operation of the brand on foreign markets is showing no signs of slowing down, which is perfectly in keeping with the company’s targets for the future. Because these are all figures that are set to rise. 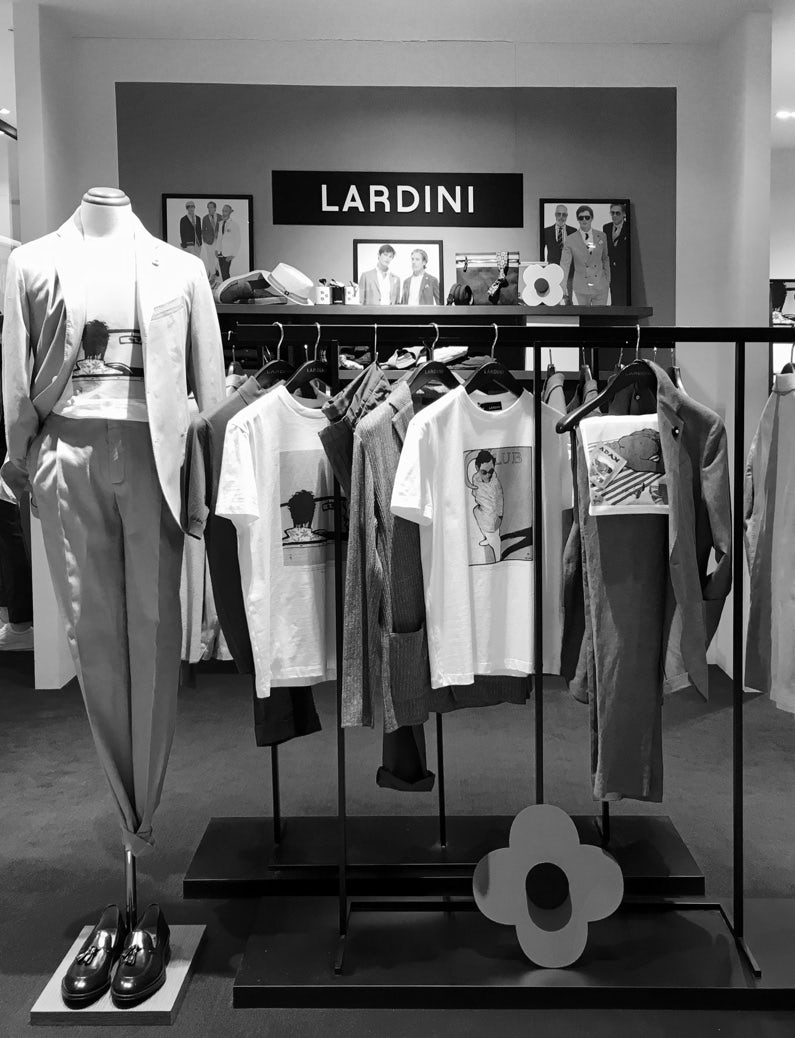 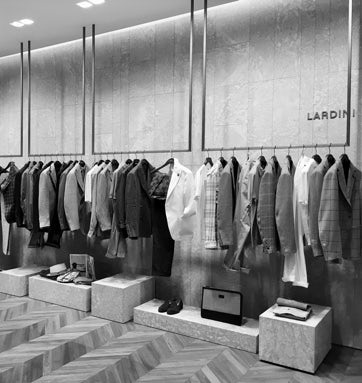 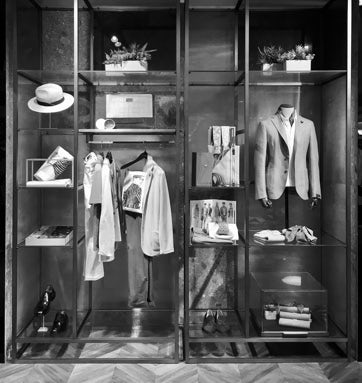 The availability of items, prices, shippings methods, payment methods and currencies will be updated based on the new destination.